Motion sensors: part of the city of the future

When it comes to smart and highly energy efficient lighting there’s no way around motion sensors. The possibilities for the technology are plenty but the market still see some hesitation in the municipalities.

Everyday millions of streetlights lampposts all over the world burn at full brightness even at times when there’s no need for it. According to the smart lighting company Tvilight, it costs Europe 27 million euros each day to power streetlights.

One of the steps towards better, smarter and highly energy efficient street lighting is motion sensors. In Europe’s leading living lab for intelligent outdoor lighting and Smart City-technologies, the DOLL Living Lab in Albertslund, where many major companies demonstrate their products, they are noticing a change in the market.

”Many of the solutions that have been put up most recently for demonstration in DOLL have motions sensors and we’re expecting many more,” says CTO of DOLL Living Lab Kim Brostrøm.

”We also see more and more companies working together to create new products because motion sensors can be combined with streetlight and traffic counting just to name a few,” he adds.

Saves up to 80 percent energy

One of the companies demonstrating their products in DOLL Living Lab is the Dutch company Tvilight. According to its founder and CEO Chintan Shah, there are three major benefits by integrating motion sensors in street lighting.

“First of all, motion sensors can help save quite a lot of energy, actually up to 80 percent. During off peak hours we regulate the light intensity, by dimming the lights when there’s no one around. When for example a bike shows up, the light up brightens up automatically. But instead of just turning one light on we create a circle of light around the occupant to increase the safety. This circle follows the occupant. So it’s like Michael Jackson’s moonwalk, but with streetlights,” Chintan Shah explains.

“Second of all motion sensors reduce the maintenance cost because the light doesn’t burn at a high intensity, and finally we minimize the light pollution, that disturbs nocturnal animals and birds.”

Instead of just turning one light on Tvilight’s motion sensor creates a circle of light around the occupant to increase the safety. Photo: Tvilight.

One of Tvilight’s products is being used on over 100 train stations in the Netherlands, and the company won the contract for supplying the motion sensor based smart lighting solution for over 350 stations.

“Train stations are a unique kind of public space with often very long platforms. There are hardly any people around after the peak hours. The lights must to be at a certain intensity for elderly people and people with special needs. With the motion sensor we can regulate the light intensity based on when people are there, and dim or raise the light according to that,” says Chintan Shah.

With the motion sensors, Tvilight can also create “heatmaps” over the train stations which can be used to plan and organize the station facilities like information stands and kiosks, and to tell the cleaning staff where the station needs more cleaning.

Soon the company will launch a range of motion sensors that are compatible with the Zhaga book 18 standard with partner companies. The standard is developed by the global Zhaga consortium that consist of international lighting companies and aim to make specifications that allow LED light sources from different suppliers to be used interchangeably and to work with a sensing or communication module. 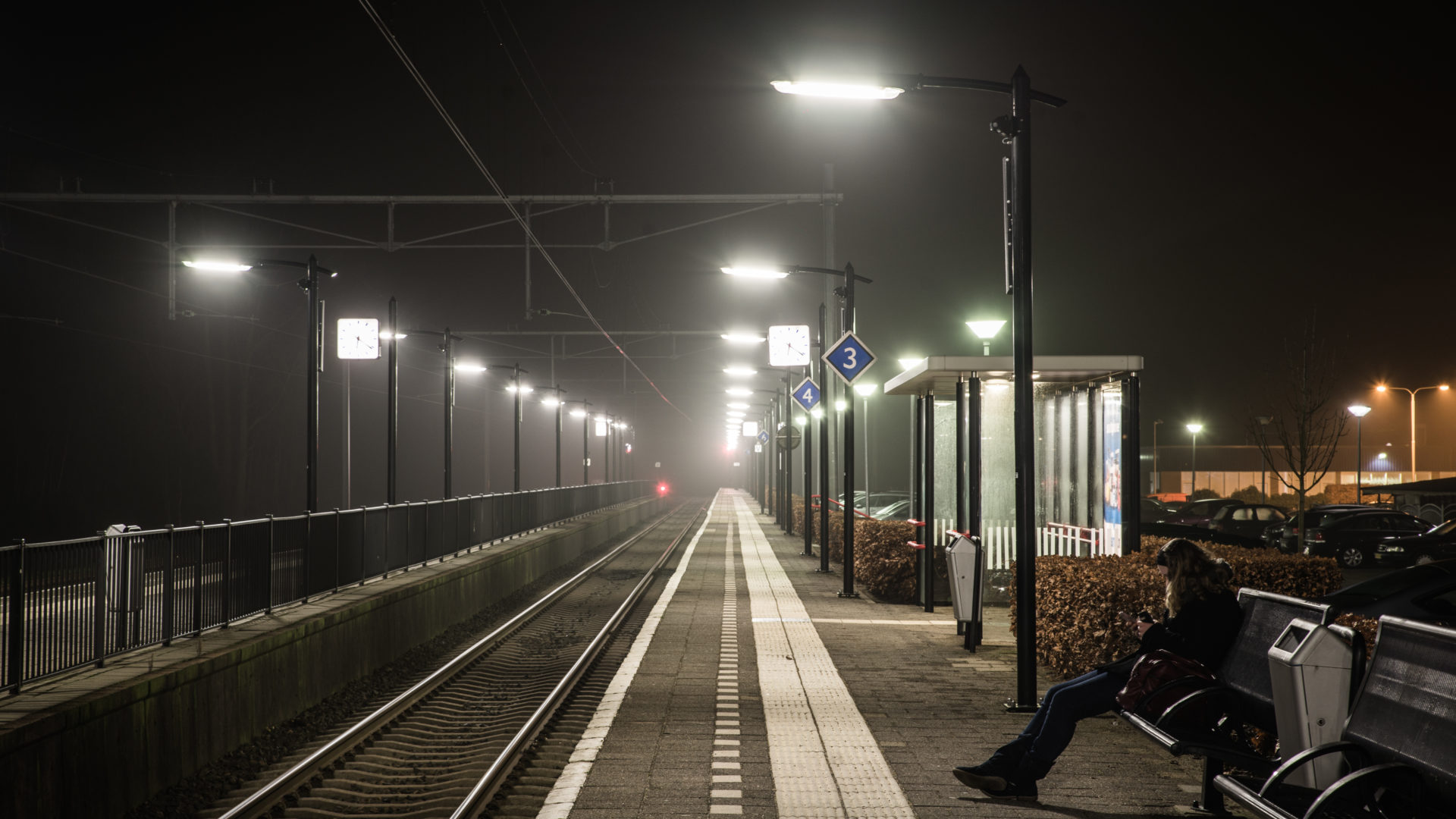 Tvilight’s motion sensor is being used on over 100 train stations in the Netherlands to increase safety and reduse unnecessary use of light. Photo: Tvilight.

The market is ready

The Norwegian company Comlight has been offering a unique motion sensor system for outdoor lighting for many years, but this year the company will also launch a version of the solution that is aligned with the Zhaga standard, in order to make it easier for cities to upgrade the street lighting.

The company provides the motion sensing technology that can be put on any kind of luminaire or project. According to Founder and Sales Director Siri B. Damsleth the potential for motion sensors is big. Comlight’s technology for motion sensing lighting was first in the market, and the technology is now well proven by many players in the industry as well as many cities and municipalities.

“Ten years ago, the market was definitely not ready for this but now it is. And that was probably due to the luminaires we had back then and the technical challenges with the dimmability of the luminaires. But with the new smarter LED luminaires you have so much more opportunity to controlling the light,” says Siri Damsleth and points to the Zhaga standard as a manner of making it easier for cities to upgrade and add functions to their luminaires.

Cities need to take the next step

There is still skepticism to trace in many municipalities though, says Siri B. Damsleth. The process of implementing motion sensors and other new technology in the street light system is long because each municipality wants to do test it thoroughly before upscaling the solutions in the city.

“And then if the municipality next door wants to do the same thing, they start all over again instead of learning from the experiences of their neighbor. So, it takes a lot of time for companies like us to get the technology to grow into large projects,” Siri B. Damsleth explains.

“But with thousands of units running commercially all over Europe we have proven the savings, the safety and the robustness so now it’s up to the market and the clients to move forward. That’s why it’s so helpful for us to be a part of DOLL Living Lab as well because there you can see this running and experience what it’s like in an area with this concept.”

“I guess my main message is that the market is maturing so now the municipalities and consultants need to know and appreciate that the technology is ready and say, “let’s go!”, Siri B. Damsleth concludes. 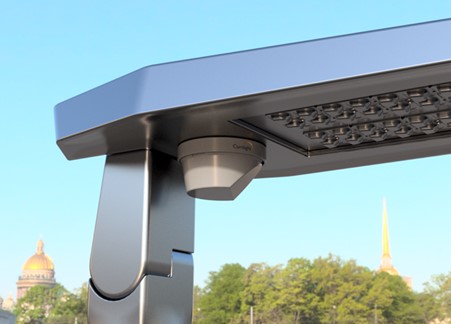 Part of the city of the future

DOLL Living Lab will be looking more into the business case potentials for motion sensors in the smart development of the cities of the future. The aim is to create knowledge about the technology, financial perspective and applicability of the different solutions. DOLL will combine tests of motion sensors with tests of other technologies in the Living Lab, like autonomous busses, dynamic signaling, 5G communication technology and intelligent lighting systems. The tests will be done in collaboration with the EU Horizon 2020 project LINC and the Interreg Baltic project LUCIA, both run by Gate 21.

The LINC project is testing autonomous busses in Albertslund later this year and the Baltic project LUCIA, in collaboration with Hamburg and others Baltic Sea cities, is working with procurement of green, energy efficient lighting focusing on motion sensors.

Both Tvilight and Comlight work to provide cities with the right amount of light when and where it’s necessary. For that purpose, the companies see many possibilities in using motion sensors. That includes the perspective in basing their products on the Zhaga standard.

Tvilight is also working with streetlight that changes colour from person to person to create light-based experiences in the public space.

Comlight has recently launched a solution for traffic counting, that is suitable for projects where the city or municipality needs the counting data for smart city planning, but the solution can also be used for setting the light level according to traffic volume.