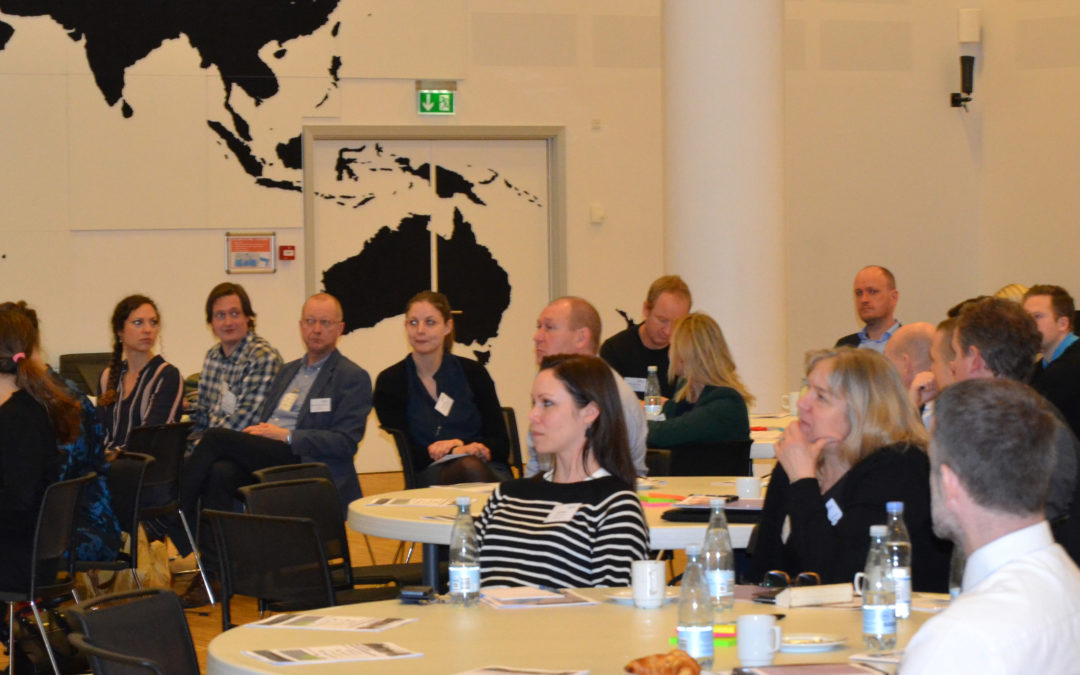 It is important that we work together on mobility in LOOP CITY.  That was one of many messages presented when the Smart Mobility in LOOP CITY network met for a presentation and debate on the traffic opportunities and challenges they can expect when the new light rail and local businesses become neighbours.

“Dear future neighbours – we hope for a good neighbourhood – now and in the future,” was how Rebekka Nymark, customer director of the Greater Copenhagen Light Rail, concluded her presentation at the network meeting on March 21, 2017 at Novo Nordisk Søborg.

The invitation was addressed to more than 55 representatives from companies and municipalities in the area who had turned up to discuss the future light rail. They were presented with a day-long program that included inspiration from a similar business network in Skejby in Aarhus, information from Greater Copenhagen Light Rail and a panel discussion on future cooperation on the traffic challenges during the construction of the light rail.

“We need a voice to citizens, and you need knowledge. Together we must create activities that can ease some of the inevitable nuisances during the construction of the new light rail,” said Vibeke Linde Strandby, program manager of city strategies for LOOP CITY. LOOP CITY represents the ten municipalities through which the light rail will eventually run.

From plans to solutions

At the meeting, the preliminary plans for Greater Copenhagen Light Rail were presented along with the promise that more details will be made available once it is announced which supplier has won the tender, a decision expected in late 2017. There was also a clear message that the network plays an important role when communicating about the construction of the light rail to citizens and employees in the area.

“There is no doubt that businesses in the network want a good working relationship with the municipalities and Greater Copenhagen Light Rail, so that information about the project can easily reach employees in the area. At the same time, companies will work with initiatives to make the process easier for employees and customers,” says Charlotte Hauerslev, project manager for the Smart Mobility in LOOP CITY network, Gate 21.

The companies’ own commitment to take action could clearly be seen in the evaluations of today’s network meeting. Examples and inspiration for solutions were requested by many.

“We are listening and will work towards making sure the next joint network meeting will focus on concrete solutions in areas such as station bicycles, car sharing and the like, which companies themselves can introduce in order to facilitate employee access to the workplace,” says Charlotte Hauerslev.

Read more about what businesses get out of participating in the network.

Find the local network in your area.

Smart Mobility in Loop City is part of Moving People.

Here you can find a collection of points and inspiration from the joint network meeting on 21 March 2017. Download the pdf here.